So, that’s another year over. With Xmas & New Year celebrations done it’s time to look at how 2013 went from a health & fitness perspective. And, as it happens, it was a pretty good year.

The Year Of The Bike

In the simplest terms, 2103 was my Year of the Bike. Everything cycling really clicked into place. I bought the road bike in 2011 and got a fair few miles in, but 2011 was a year of walking (936 miles) and I kind of got into running in 2012 (170 miles plus another 550 miles of walking). My cycling miles had been in the low hundreds for those two years. So I set myself a target of 1000 miles for 2013. To help motivate me I joined Phill Connell’s 12×100 Cycling Challenge. A great way to get a bit of peer pressure and connect with some like minded people. It’s a simple idea – cycle 100 miles every month. Using my mathematical skills I figured this would be 1200 miles (all that education wasn’t wasted!) and that would take care of my 1000 mile target. We’ll find out how well I did in a bit.

First, what were the highlights of 2013?

As I mentioned above I set myself a target of 1000 miles for the year. I’d managed a few hundred in previous years without really having a goal so 1000 miles seemed reasonable. Luckily, January wasn’t too bad weatherwise so I managed a good start. The canny reader will have added up the monthly totals I mentioned above and guessed that I hit my target. In fact I went way beyond. The final total for 2013 was 2704 miles. I was so pleased with myself that at 2000 miles I rewarded myself with a new bike. 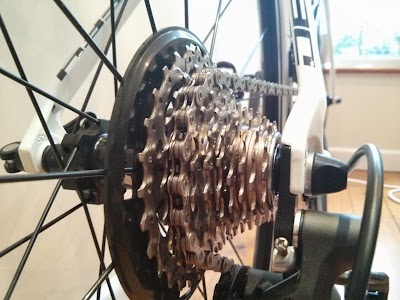